Said goodbye to my traveling friends, exited the hotel parking lot 10AM on the nose.  Thanks to Town and Country Inn & Suites for the overnight charge-up!

Decided to take a quick detour to check out a Level 2 charging station at MWV CDLM (http://api.plugshare.com/view/location/46494).  Don't know what MWV CDLM  means, but I found the station, and discovered that it requires an access card, restricted for employees only.  Hence, I changed the Plugshare entry.

I searched inside a nearby building for information about the station, and nobody knew much about it.  As I exited the building, I noticed a man taking pictures of my car, and I thought, "Uh-oh, now I'm in it", but it turned out to be Ed Fargo, an employee of said building/company and an EV enthusiast.  Ed and I talked for nearly 30 minutes.  He bracket races his Leaf and has built a few EV motorbikes.  He gave me his business card (Juiced Drag Racing).  Hi, Ed!

Ed tipped me off to a pair of Schneider charging stations literally across the street at the Mariott.  So, after we said our goodbyes, I hopped on over to those stations, plugged-in for about 30 min., used their restroom and refilled my water bottle, created a new Plugshare entry.  A hotel employee noticed me and stopped by to chat for a few minutes.  He knew Ed and was happy to see somebody using the charging stations.  There is no fee for the use of the stations at this time. 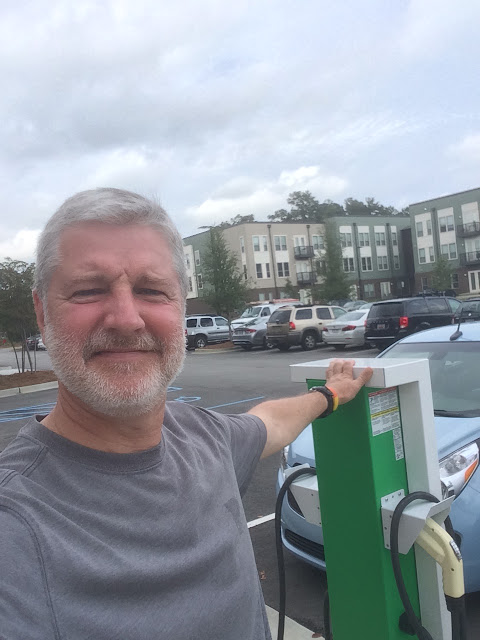 Not sure how many miles of range I collected here.  Perhaps 7.  Didn't take photos of the DIC.  But anyway, onward! 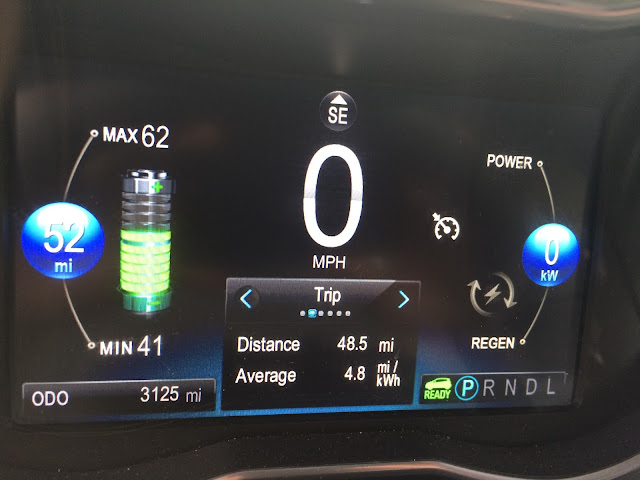 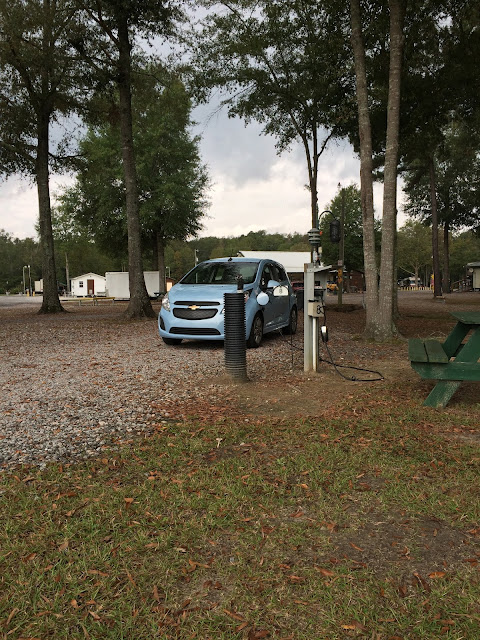 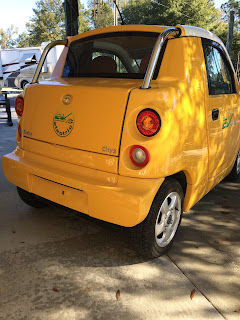 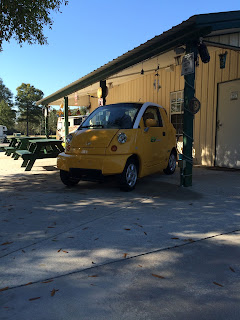 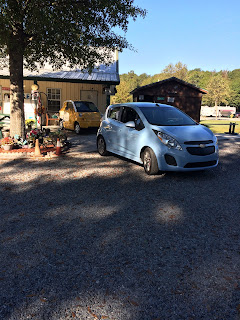 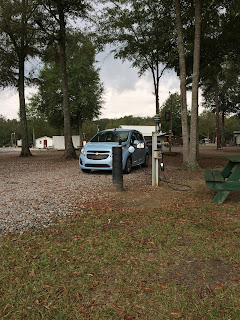 Chatted with Larry, the owner of Jolly Acres, for about 30 min.  He's a retired electrician and did most of the electrical work on the property.  He owns 2 NEVs and our conversation turned to electrical terms like single-phase, three-phase, transformers, etc.  Of course, he knows more about this than I, so I picked his brain about DC fast charging, and he expressed an interest in installing a unit on his property.  He's a bit far off the Interstate, so he may opt for a Level 2.  Still, an interesting chat!

Time to move on after 90 min of charging nets me 19 miles of range.  Next stop, Barnwell State Park, 50 miles away. 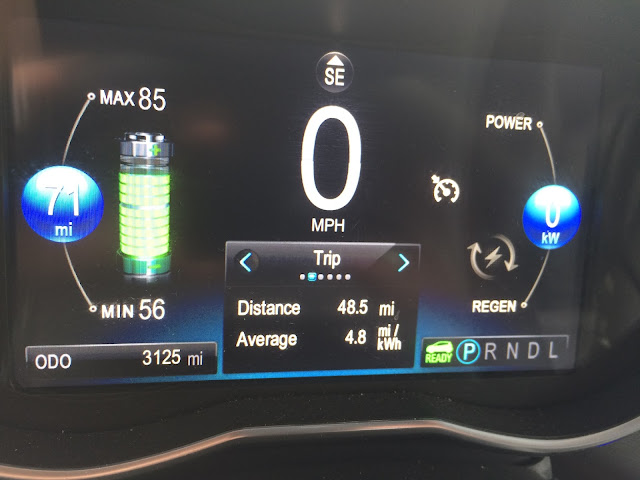 Arrival at Barnwell State Park.  17 miles of range remaining.  It's been raining off and on since I left Charleston, and we know that inclement weather like this will take away some range from the car.  The rain slowed me down quite a bit as it was heavy at times.  Charge here for a while... 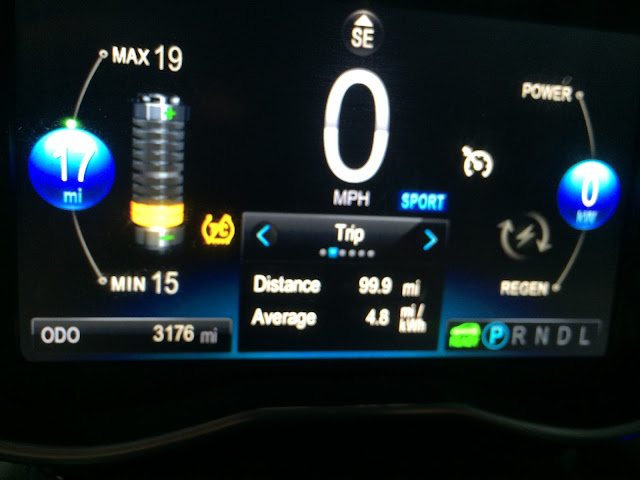 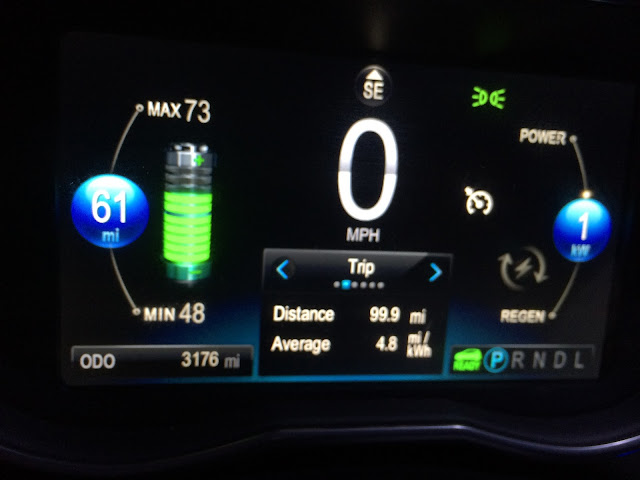 Arrival at Georgia Regents University Student Center with the car beginning to request turning off the stereo because the battery is low.  10 miles of range remaining is the lowest I've gone in this car yet. 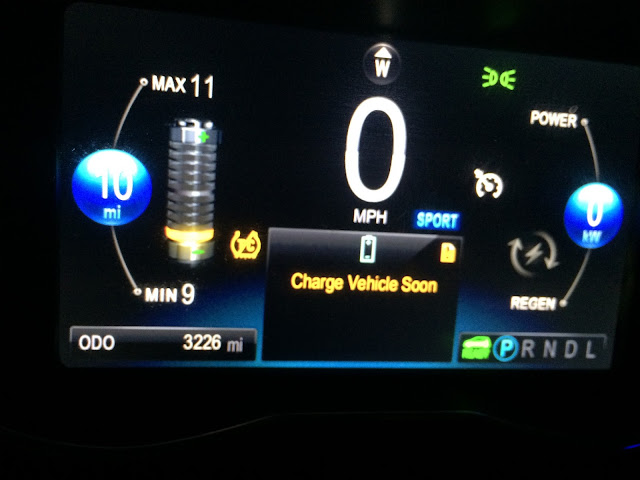 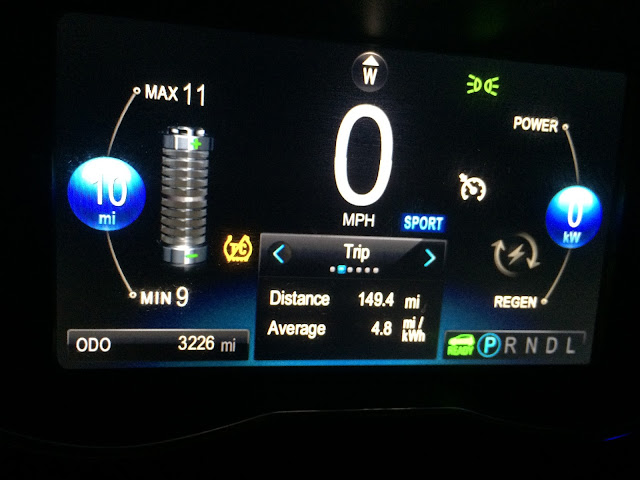 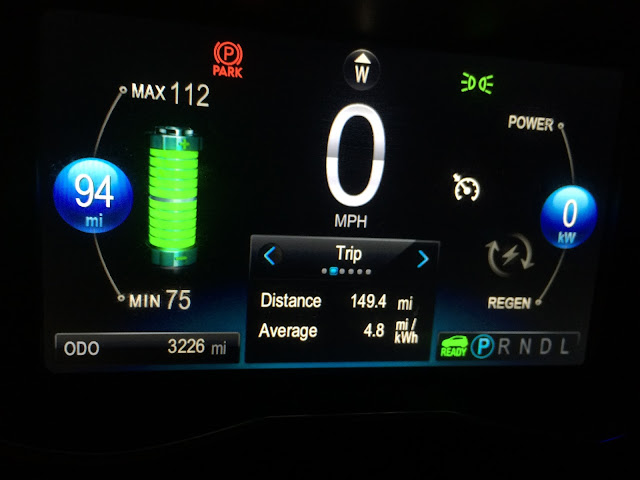 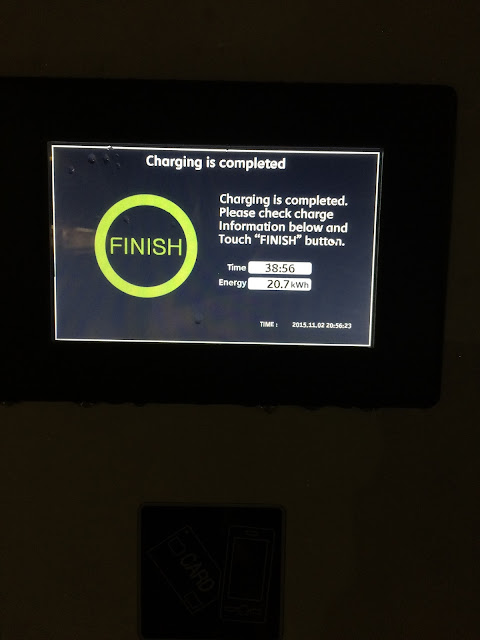 Arrived at A.H. Stephens Historic Park around 10PM.  It's dark (obviously), and it's been raining most of the night.  26 miles range remaining.  Charge here for about 2 - 3 hrs. 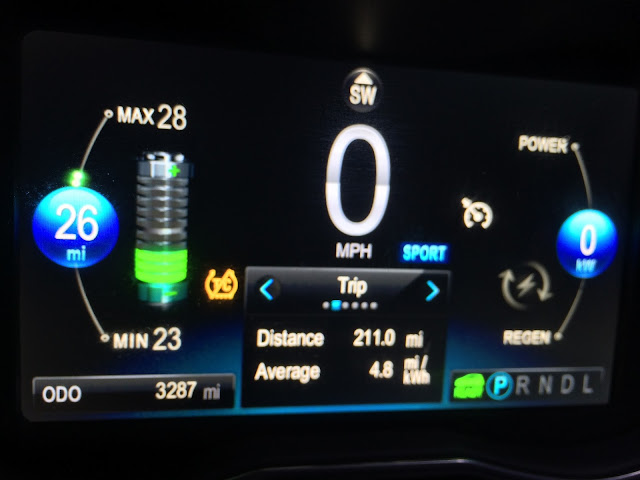 I forgot to take a picture of the DIC after charging at A.H. Stephens.  What can I say, it was late, I was tired, it was raining...

From memory, I think I allowed the GOM to reach 61 miles.  I also remember getting a bit over-confident after realizing that my "20-mile buffer rule" could be whittled down a bit.  I had to go 45 miles, so I shortened the buffer to 16 miles.  Roll the dice.

Next stop, Classic Center in Athens, DC fast charge (yay!), 45 miles away.  Made it with 9 miles range remaining ( a new low!). 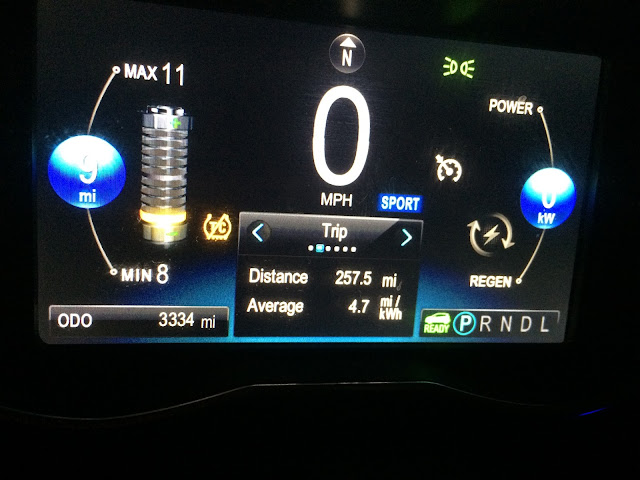 This charging station was acting wonky.  At first, it wouldn't initiate a charge, then it would, then it would stop the charge at random.  I got fed up with it after 3 attempts, so I left with what I thought was enough range to make it home (84 GOM miles to go 62 actual miles). 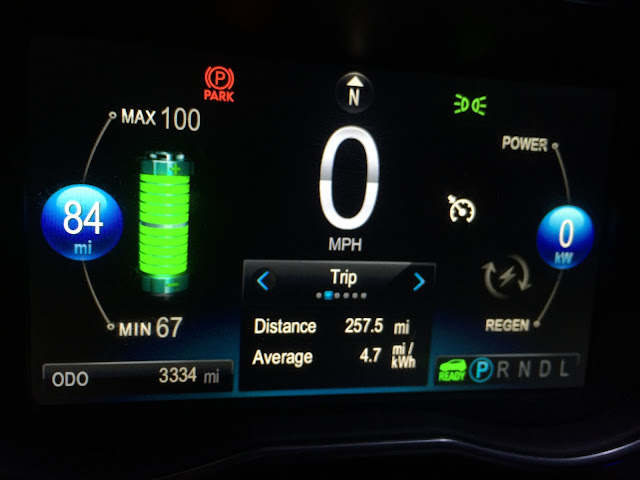 It began to look like 84 miles wasn't going to be enough (DIC began to calculate 7 miles of range difference between GOM and SatNav...not enough to chance it in my book).  So, I made an unplanned stop at the GP DC fast charge station on Duluth Highway (http://api.plugshare.com/view/location/63018).  Didn't take any pictures, but Chargepoint says I was plugged-in for 00:13:22.  That was easily enough to make it home.

Arrived home with 42 miles of range remaining.  It was about 3 AM and I was bone tired, so I turned-in for the night.  Took this final picture the next morning: 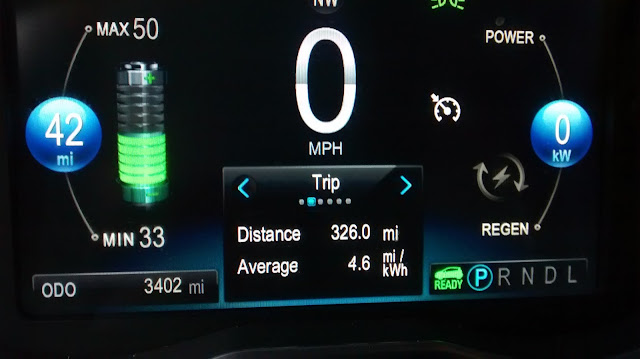 Epilogue:  This was a fun trip!  There's no doubt in my mind that EV road trips are the future (our Tesla compadres already attest to that!).  Granted, this car was not designed for long road trips; however, with enough DC fast charging stations, inter-city travel is easily within its operating parameters.  Yes, it is small, yes it is a bit uncomfortable.  And yes, it's got 140 hp and 400 lbs ft of torque!  Woo-hoo!  More to the point, it can easily handle multiple DC fast charges in one day, a feature built-in to its design by its engineers.

This car is a bit of a blank slate to me.  With its powerful motor and reasonable range, it is a fun car to drive, and even more fun to "personalize".  I'll be posting my efforts to improve this car on this blog as I move forward with those plans.  Until then...
Posted by RobertK at 10:07 AM