Let the Sun Shine In!

Other than Tesla, none of the EVs sold in the North American market offered a sun/moonroof as an option...until Kia's 2016 Soul EV.  It is, of course, a personal preference, and many people are against "cutting a hole in a perfectly good roof", as I've been told.

My first car with a "hole in the roof" was a 1972 Triumph Spitfire.  Bought it in 1977 for $1700, a lot of money for a high school senior!  Terrific car when it ran, but electrical gremlins constantly stranded me.  However, it was way fun to drive.  1.2L inline 4, carburetor, 4-spd, great handling in the curves.  Total chick magnet.  Alas, sold it to pay for college.  Bought a 1969 VW Beetle after that for $500; it had a sunroof!  In fact, it had a sunroof that leaked like a sieve!

I rebuilt the manual-crank sunroof to as-new condition and it never leaked again.  Loved that old 'Dub.  Very reliable, easy to maintain.  I learned to wrench on that car...John Muir's "How to Keep Your Volkswagen Alive" was a tremendous resource, along with Chilton's and Haynes' Repair manuals.

Fast forward to 1990's, and the first new car I bought was a 1997 Ford Mustang GT convertible.  Arrest me red, 205 hp at the rear wheels, 5-spd, lots of power, electrically-operated top.  Had a lot of fun in that car.  Very reliable, never gave me any trouble and warranty coverage was superb.  Great car.  I had fun "personalizing" it...added OTPD (one-touch power-down) to all the windows, changed the rear-end gears from 3.27 to 3.73 which allowed the car to get into its power band much more quickly and changed the car drastically.  It was a bit of a pig prior to that; after, it was very quick.  Got 24 mpg on the Interstate, too!

And now to the Spark EV, the second car I've purchased new...after leasing a couple of Leafs and getting infected with that EV grin!  No sunroof option, and nobody of which I'm aware is installing sunroofs into their Spark EVs.  So, we're breaking new ground, here.

My research led me to an installer in Lawrenceville, Ga,  Auto Accents on Pike Street.  Le was my installer.  $999.99 for a Signature Series sunroof.  Expertly installed.  Le is a craftsman and it shows in his shop, the work he does is top-flight.  Highly recommended. 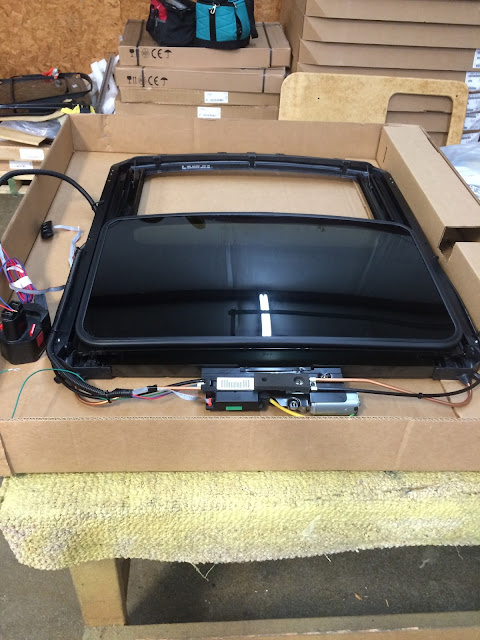 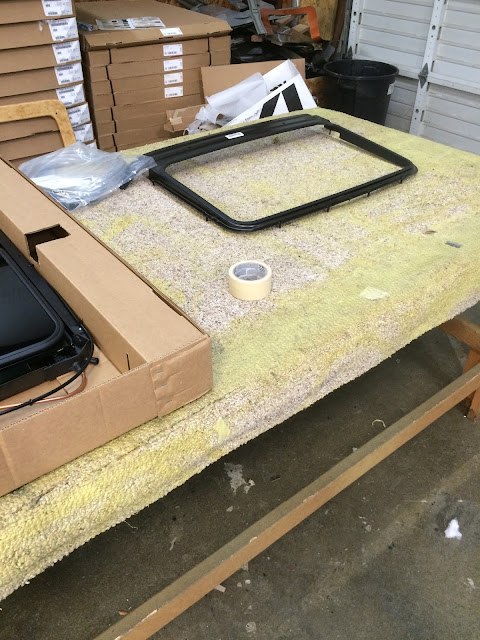 Above, Le shows me the unit that he will install.

Below, template in place, readying for surgery... 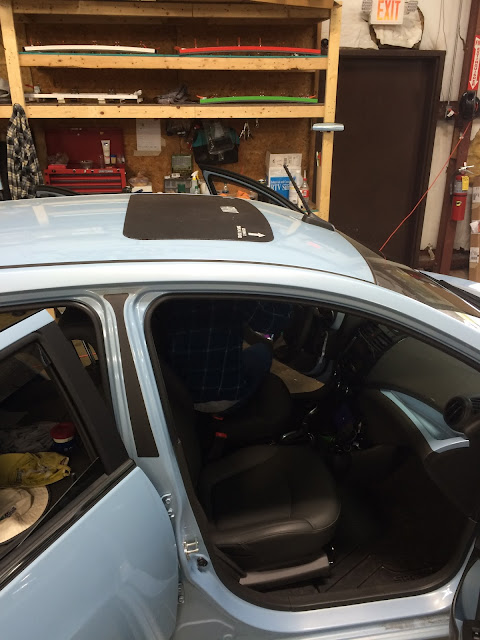 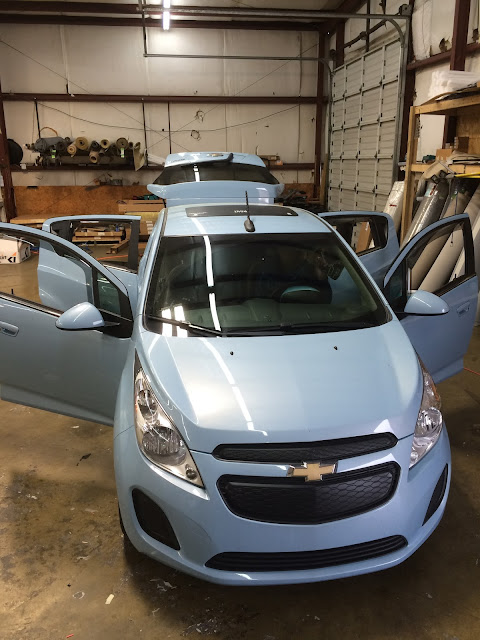 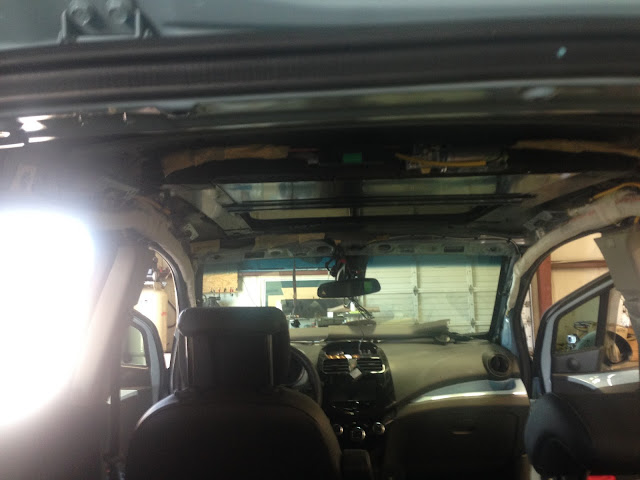 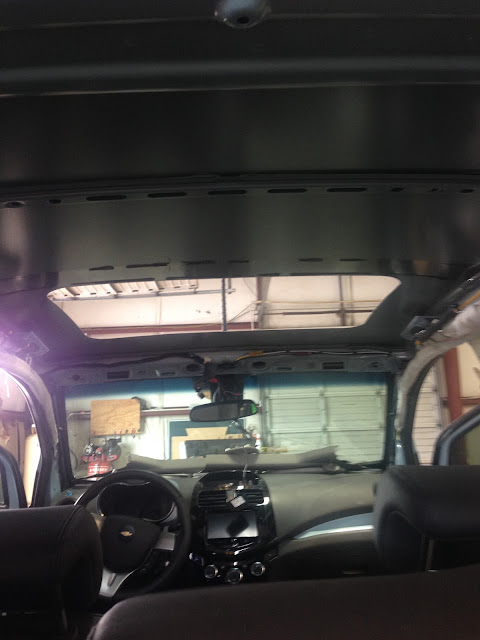 Once the cut was made, Le proceeded to complete the installation.  I had to rush off to work, but Le was kind enough to take pics as the project progressed! 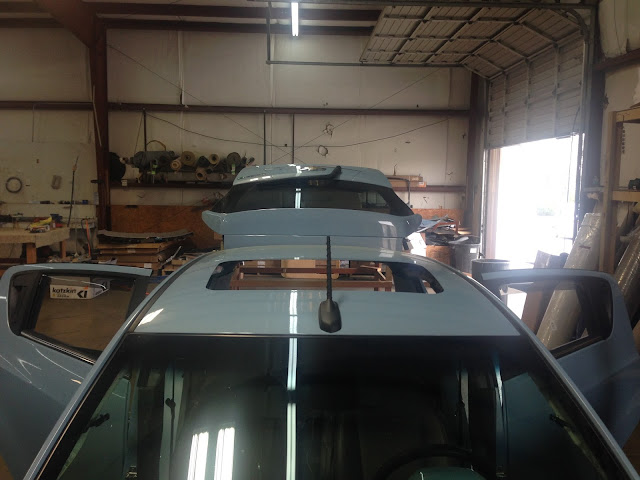 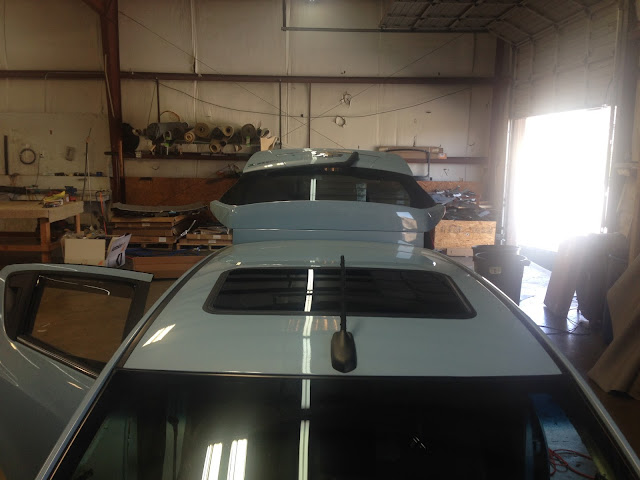 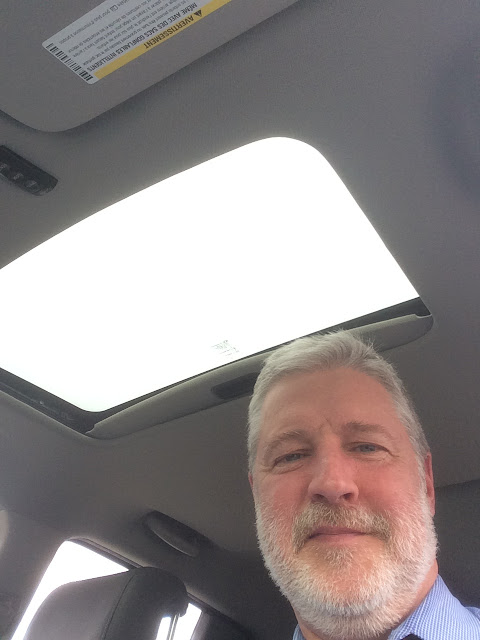 The switch is in the picture above, upper left.  It doesn't match any of the switch gear in the car, but I don't care, it doesn't bother me.  Simple switch setup:  three buttons:  Open, Close and Vent.  The roof automagically closes itself when power to the car is shut down (a nice feature!).

The sunroof is a welcome addition to this tiny city car.  No leaks (yet), good warranty on hardware and installation, and it adds a dynamic to ventilation that otherwise would not exist.  I enjoy rolling down the road with the roof open.  It lets in a lot of light (and wind, of course!).
Posted by RobertK at 6:23 PM 1 comment: