The cargo light in the Spark EV is a tiny 194 bulb located on the left wall of the trunk.  The incandescent lamp is lame and puts out a tiny amount of light.  I changed to an LED that's a little better, but it's only one light and the trunk needs more than that.  So, I purchased a second cargo light housing on Amazon.com; this light is a crossover to many GM cars.  All I had to do was to match the lens to my current light.

But where to put the new light?  The most obvious place was across the trunk on the opposite side, in the mirrored location.  All I had to do was measure as precisely as possible (like, 90 times), then use my dremel, a razor knife and a file to clean it up.

Yeah, but I also had to basically disassemble the entire rear area of the car; back seats out, trunk liners out, rear seat bolsters (w/air bags...disconnect 12V battery first) out, rear side door sill garnish moldings out, quarter lower rear trim panels out.

Well, I was fixing to do a sound deadening project on this car anyways, so all that stuff was out already.  In fact, I also plan to install a backup camera and subwoofer, so the rear of the car will remain in disarray for a time until those projects are completed.

Measuring:  not difficult, really.  I measured the location of the original rectangular hole, made a template out of thin clear plastic, transferred the template to the other side after measuring 90 freakin times, cut the hole with my dremel, trimmed a fair bit of plastic from the back of the trim panel so that the light housing would fit, and et voîla!

Below:  the light housings.  The top ones are from late-model GM cars, including the Spark EV.  To the right of those is a 194 LED.  It's not very bright and will be replaced with a brighter unit.  The bottom light housings are from a Chevy Aveo and a Mazda something-or-other...both salvage yard finds.  Cost less than $5 for those two.  I plan to use them elsewhere in the car for more interior lighting.  Most likely they'll go in the center console and shine into the footwells...if I can figure out how to tap into the BCM (Body Control Module). 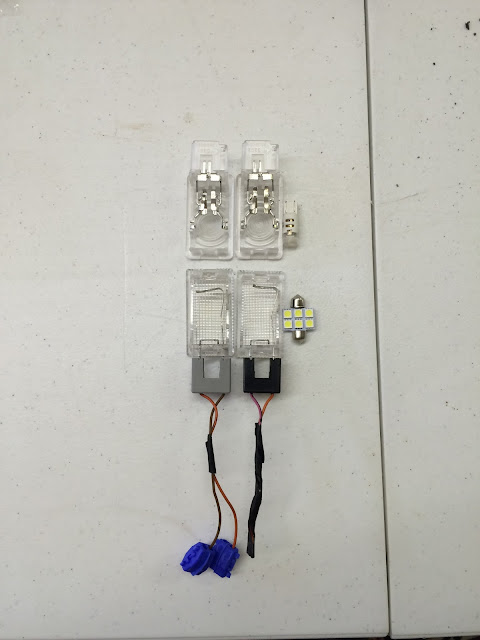 Below:  Measuring and cutting the hole... 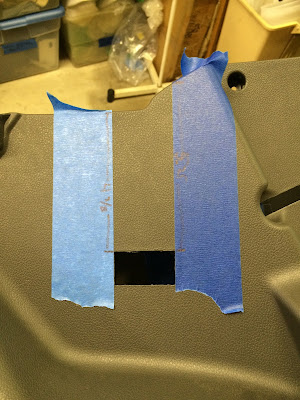 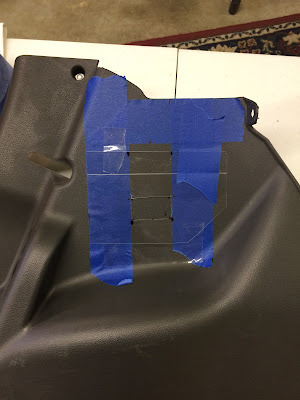 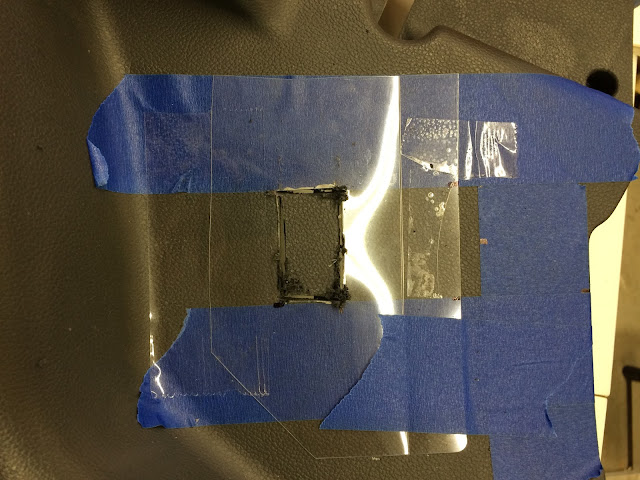 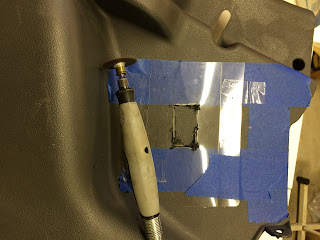 Below:  trimming the plastic on the reverse side... 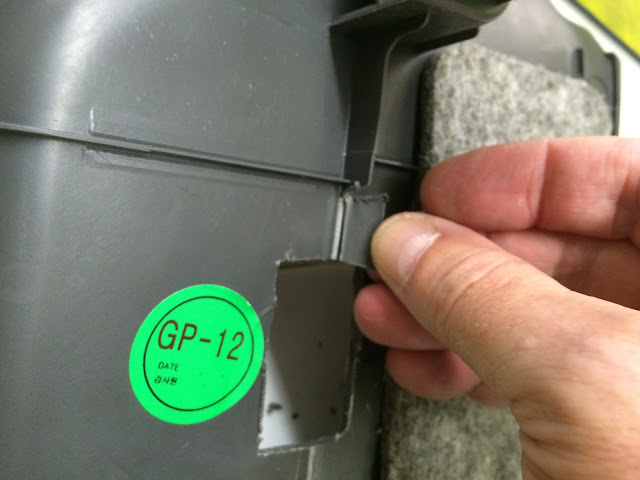 Next, I had to create a wire harness for the new lamp.  I made a wiring harness out of some leftover 22ga wire from my archives (red and black): 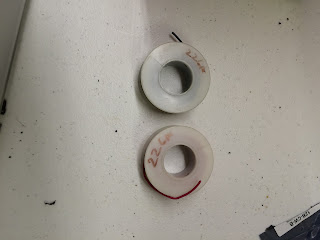 I twisted the wires together with my drill, then sheathed them in
TechFlex F6N0.25BK Flexo F6 General Purpose 1/4-inch Braided Cable Sleeve. 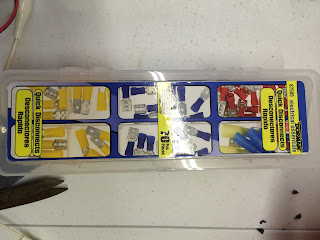 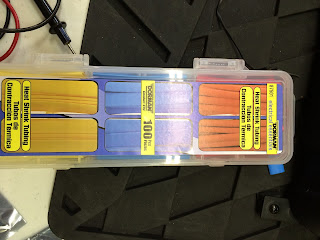 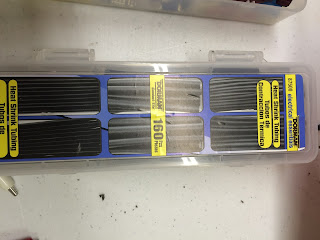 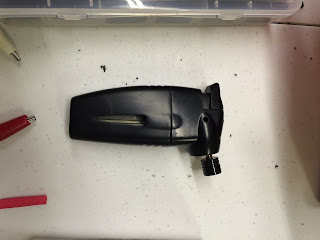 The wiring harness is snaked behind the liftgate sill garnish molding:


A short clip of the liftgate sill garnish molding:

Below, what the cargo light housing looks like, passenger side, dangling... 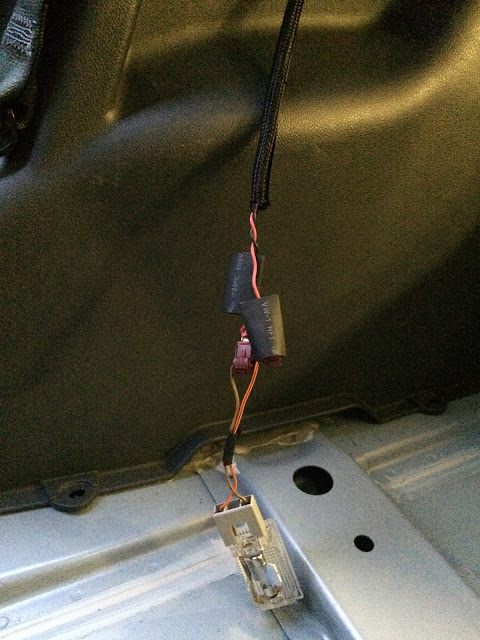 Below:  Final product.  Can't tell which is the original?  :) 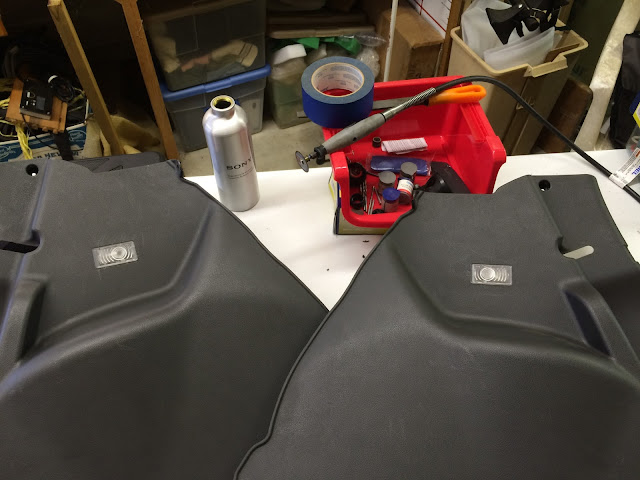 And a video clip:

Posted by RobertK at 5:18 PM No comments: